"It is all about the Athletes!"

“First, thanks to my darling wife for allowing me to bring my passion to the court. With her love and support in chasing my dream, I get to do what I love to do – and that is coaching volleyball.” – Coach Chuck
Coach Chuck has been coaching for almost 20 years. He started with his daughter when she was 8-9 years old and coached her first recreational team in the Virginia Beach Rec system. Coach then joined Janis Johnson at Princess Anne Middle school in 2008 and he still coaches at Princess Anne (PA) middle. PA has been very successful winning 5+ City Championships.
Coach Chuck joined the Kellam high school staff in 2012, which has been very successful over the last 12 years. Kellam has won state titles in 2010, 2011, 2012, 2016 & 2019. In the Covid year (2021) they competed in the state finals and suffered our first lose at the championship in 6 attempts. Going 5-1 in State Championships over the last 12 years is a testament to the commitment for volleyball excellence, a commitment that Coach brings to his teams EVERYTIME he steps on the court.
Coach started coaching club volleyball 10 years ago, and his first coaching experience was with the Coastal organization, and it is where I first met Keith Betts. After leaving Coastal I joined the SERV organization where I’ve been for the last 3 seasons.
From Coach: “I’m excited to join Keith, Dan and the Outbreak staff for the upcoming season as I’ll be coaching the 17 Black team. I’m looking forward to developing Outbreak athletes and new talent to build 17 Black into a highly competitive team at the local, regional and national levels.”
“My philosophy is quite simple. Teach them the technical skills.  We will strive for technical excellence on the practice floor. More importantly, I’ll teach them the mental part of the game. This sport like all sports, requires tough mental attributes to be competitive. My mantra is 80-20, 80% mental, 20% physical. I invoke this philosophy wherever I coach. We will strive for mental toughness by teaching the mental attributes of the game. We will build a team culture (We not Me), set goals, instill values (hard work), motivation, and communication. Lastly, I‘ll leave you with this --
....Your thought World
Becomes your Real World" 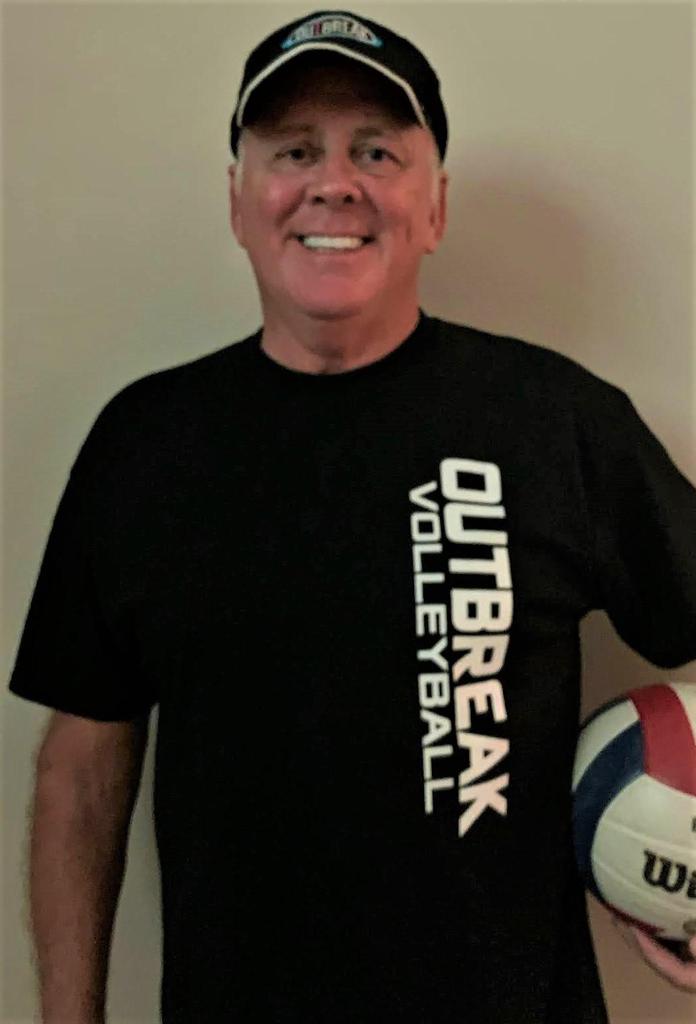